About Off The Beaten Palate 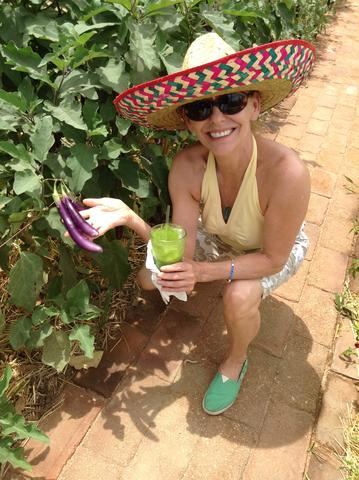 Michael-Ann Rowe recieved an Emmy® Award for her first three-part food & travel series on June 14, 2014.  She was awarded for 'Best Topical Documentary' after the series appeared on PBS.

Synopsis:
In this Emmy Award Winning series, food & travel journalist, Michael-Ann Rowe is on a mission to meet the farmers, fishers and global personalities that help us define and distinguish culture on our plates.
In this three-part documentary she scopes three Canadian provinces; New Brunswick, Ontario and Alberta.
Unabashed and inquisitive, she traps lobster in the middle of the winter, takes a boat trip on a herring carrier, and visits Brunswick Sardines as she explores New Brunswick's seafood culture; in Ontario, she travels through parts of the world's largest greenbelt, but not before daring to hang from Toronto's CN Tower, ‘The Edge Walk’; and in Alberta she learns about a prairie culture and the Rocky Mountain lifestyle while getting muddy with free-roaming pigs, meeting up with the 'Beef Geek', and riding a Canola Harvester.
Along the way she learns how to cook like the locals, and discovers the best ‘food finds' in this multicultural country.
Its a Food & Travel adventure, Off the Beaten Palate!