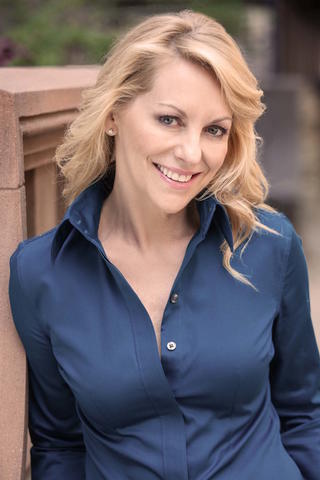 Michael-Ann was born in New Brunswick, Canada and resides in both Canada and New York City.

After studying theater at Dalhousie University in Nova Scotia, New York was on the map to pursue theater, film and television.

Her talent in front of the camera matched with her love of food eventually brought her to Entrée TV as their show host for over six years.  She was the first to film within the galley of the USS JFK Aircraft Carrier, covering ‘Food Aboard the Ship’.

She has interviewed many of New York’s chefs and restaurateurs which led her to delve into food from a cultural point of view and develop her first food & travel series, Off the Beaten Palate.

Off the Beaten Palate was broadcast on PBS and won her the coveted Emmy® Award.

Her most recent project in development is, Put Your Best Fish Forward; a seafood education campaign and television series to teach consumers how to buy, cook and enjoy sustainable seafood.

Michael-Ann is a member of SAG-AFTRA, National Academy Television Arts & Science, Chefs Collaborative, Women Chefs and Restaurants, Women Foodservice Forum, and Slow Food, NY,the Lobster Council of Canada.
She was inducted into the TASTE AWARDS HALL of FAME in 2017.

Her acting career includes feature roles as a lead in The Offering, and a lead role in the acclaimed Stratos 4, Anime series.

Her New York Theater highlights include Peculiar Works Project, OFFstage: The East Village Fragments, a lead role in Sherri Heller's, Mother's and Daughter's, and the other lead in the female version of The Odd Couple.

She was the face of the New York Central show, as the "Sex in the City" reporter.

She is the TV personality, writer and producer behind the Emmy® Award-winning Off the Beaten Palate, and is focused on her next series,

Her first three-part documentary Off the Beaten Palate was broadcast on PBS and won her the coveted Emmy® Award in 2014.

The Early Stages of Life

Coming from a foodie family of five with a single parent, "let's just say it got theatrical!"

One of her Sister's is a restaurateur in New Brunswick, Canada.

Her mother is a retired teacher and a community volunteer.

Michael-Ann was awarded the Canadian Cord as a Girl Guide and was involved with the Boys & Girls Club of Canada.

After studying theater at Dalhousie University, Nova Scotia, it was off to New York City where her theatrical background and love for food and culture all came together.

Michael-Ann was the mascot ‘Canna Vanna’ for Canstruction for nine years; a unique organization that raises millions of pounds of food for families each year.

She has been a judge for Canstruction in the past.

Michael-Ann is involved with her community as a Trustee of The Murray Hill Neighborhood Association.

Michael-Ann is a member of Women Chefs and Restauranteurs, Chefs Collaborative, Women Foodservice Forum, Slow Food, NY, the Lobster Council of Canada, National Academy Television Arts & Science and Screen Actors Guild/ AFTRA.  She was inducted into the TASTE AWARDS HALL of FAME in 2017.